Understanding Psoriasis: What Is It and Why It Does Occur? 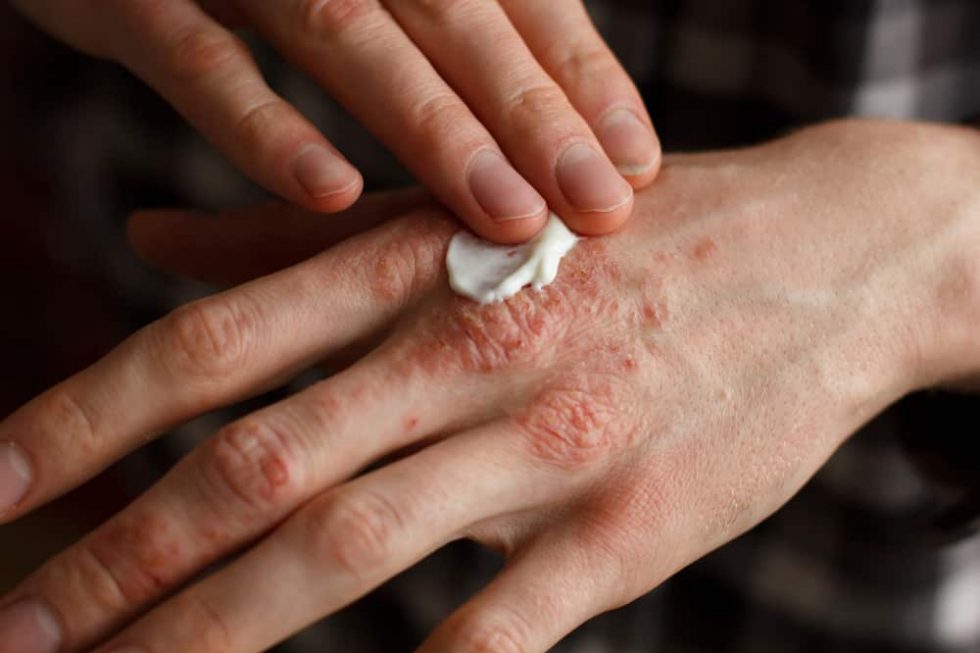 Psoriasis is one of the most annoying and dreadful skin diseases we could suffer. While it’s true that this skin condition is not dangerous nor leads to life-threatening diseases, suffering from any of its multiple variants can exponentially decrease the patient’s life quality.

As a health condition, psoriasis is relatively common. However, most people ignore the implications of this disease, how it works, why it occurs and how to treat it effectively. There are also multiple types of psoriasis, which is a poorly known fact.

Understanding psoriasis as a skin condition, along with its most basic implications, is paramount for patients to make smart decisions regarding its treatment.

High-quality products can bring massive improvement to patients. At DermalMD, we want our customers to know in detail the condition they have and how to treat it effectively, without becoming anxious about it.

A big problem regarding psoriasis isn’t what it can cause to the patient but the general misconceptions around it. People often mistake other skin conditions with psoriasis, an error that leads to the wrong actions or just inaction. This is a result of not knowing what the disease is.

Psoriasis is a skin disorder that causes patches of abnormal tissue, which are scaly, itchy, and dramatically irritated. When skin cells multiply several times faster than they normally should, underlying cells reach the surface of our skin and die. This process creates the patches, also known as psoriasis plaques.

These plaques can appear on localized points of the body, as elbows, knees, palms, and soles of the feet. Nonetheless, it’s entirely possible to suffer from full-body coverage, always depending on the severity of the case.

Besides the symptoms of the skin, psoriasis also affects fingernails and toenails. The patient may experience uncommon discoloration of the nails and their detachment from the nail bed.

When it comes to the causes of psoriasis, answers seem to be abundant. The main factor that dermatologists consider as a cause of psoriasis is genetics. Studies have shown that psoriasis has a genetic link, connecting generations and transmitting the condition with great success. But the genetic factor isn’t a good answer of its own.

According to the experts, the psoriasis genes can be triggered by environmental factors, which represent a more viable answer to the condition’s appearance. These environmental triggers are high levels of psychological stress, skin infections, severe skin injuries, skin burns, substance abuse, climate changes, HIV, and some medications.

It’s also important to consider that psoriasis is an autoimmune skin disorder, which means that the immune system plays an essential role in its existence. Due to reasons that we don’t fully understand yet, the immune system misbehaves and becomes overactive, causing psoriasis’ symptoms.

At DermalMD, we offer you a highly advanced yet affordable psoriasis treatment. The Psoriasis Serum from DermalMD has helped many patients by softening the psoriasis plaques, improving affected skin, preventing the condition’s further development, and much more.

Causes and Symptoms Psoriasis Skin Condition
Scroll up
Translate »
Get amazing beauty tips and up to 50% OFF beauty products!